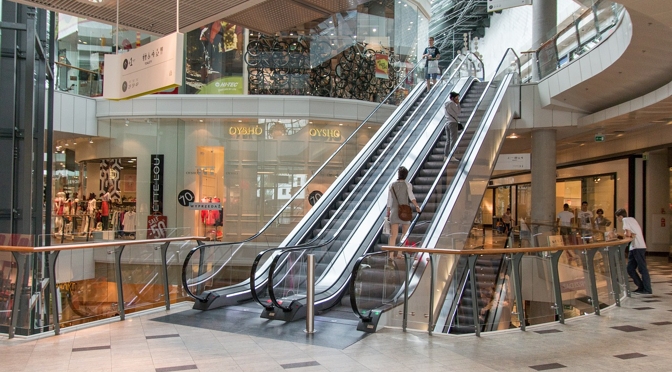 The future is uncertain by nature. Nobody really can predict the future. At least I can’t (I wish I could).

I am not going to predict the unknown-unknown – things that are so unexpected that nobody can predict – but I am going to talk about certain trends that are already occurring.

And there are two main trends that are changing the future of retail: The internet (of course) and the aging of population.

For some retailers, the internet is the wolf. They think online stores, review sites, and all that is yet to be invented will destroy all brick and mortar stores.

For others this is the opportunity to open a fashion store with $100 and create a retail empire.

Actually, you could create an e-store with $100 but it would be very difficult (you should read Chris Guillebeau’s The $100 Startup, it´s a great book).

I think brick and mortar stores are going to survive. They will have to evolve to something a bit different, but they will remain for years and years.

And this is what I think will be the successful stores (brick and mortar) in the future of retail:

Customers will spend more time on internet searching for products and buying. This is why brick and mortar stores will have to evolve. But at the same time, e-stores will suffer from more online competition.

How can e-stores evolve to succeed:

This is happening all over the world, but especially in developed countries. People are living more years and births are down. This has impact on the future of retail.

The majority of population is 50 years or over, but if you go to the mall and take a look at the stores, what can you see? The majority of stores are made for teenagers and young adults.

I understand teens and young people are a better market than middle aged and old people. They buy more.

But the teenage market has plenty of competition. On the other hand, the market for older people has much less competition (and I must add: worse competition).

You could be making a lot of money if you were marketing older people.

The future of retail will not happen in 10, 5 or even 1 year. It’s happening now. What are you doing about it?

The future of retail